Year 3 had to create a news report about a country from the World Cup and Mollie chose Brazil.


'I looked up lots of facts but I had to rewrite the information into a script so it wasn't just copied.  I enjoyed filming my news report at home so I did not have to feel nervous performing it in class.  The most interesting fact I found out was how many times Brazil had won the World Cup!'
at July 09, 2018

There have been a few children who have had to come in to school during our lock down period. Here are a few photos of what they've... 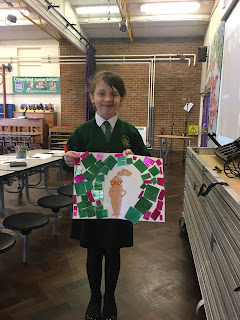