'Yesterday we visited Collier Row Library.  We met a man and he started talking about what he wanted to be when he was older.  He was talking about how long it took for him to become a policeman.  While he was waiting to become a policeman he was doing another job that he didn't really enjoy.  The best part was when he showed us the book he wrote, and the picture in the book was moving when he put his phone in front of it!' - Daisy, 5S

I went to Collier Row Library to meet a sly spy, who worked for the MI5.  He used to be a police officer.  He said that being a spy was very challenging because he and his partner had to go on a mission to France, then Italy, and then Germany so it would be harder for people to follow them.  The spy wrote a book called 'Spy Quests.' - Tegan, 5S

Off to the Library!  We saw a spy, his name was David.  He told us about his job and how he even had his own video game!  He had an amazing book which he had written.  I desperately wanted it.  He also told us about a criminal case where he got to travel around the world!  I really enjoyed that day.  It was amazing!' - Emelia, 5S
at November 22, 2018 No comments: 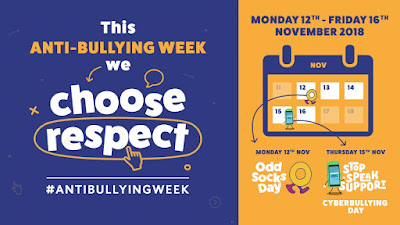 The aims of this week are to help children to understand:

If you need any advice on what to do if you are worried about being bullied on social media, speak to an adult/teacher and have a look at tips on this website:
Click here 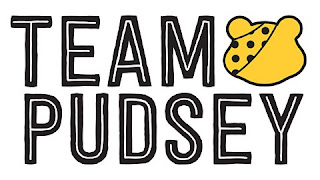 Members of the School Council decided that they wanted to raise money for Children in Need.  To do this, they held a raffle and a 'Guess the number of sweets in the jar' event.  It was very popular and lots of children managed to take part.

Lucky winners will be picked out of the hat on Monday and the winner of the jar of sweets will be revealed! 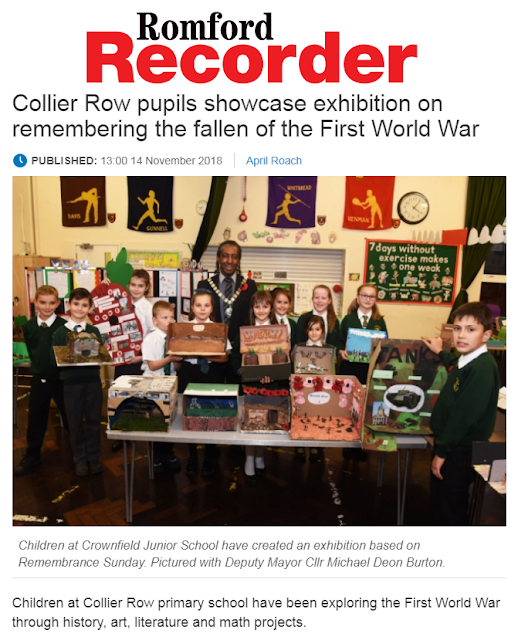 We've made it into the Romford Recorder!  Click the image above to read the full article. 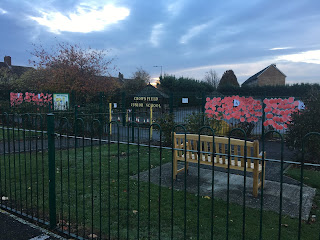 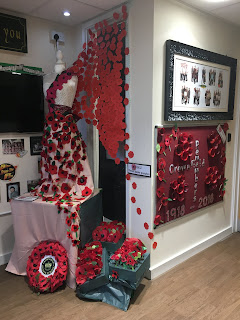 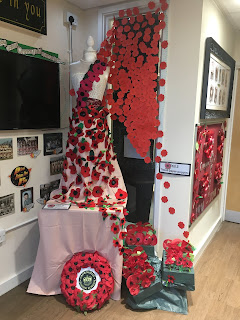 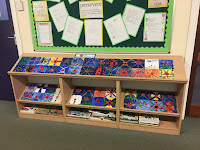 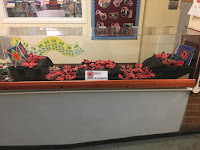 Just want to say a huge thank you for all the effort children, parents and staff at Crownfield who have been involved in making the exhibition a huge success with children really getting stuck into our World War I topic competition!

In amongst the amazing turn out of parents, the Deputy Mayor of Havering and representatives from the SSAFA were also able to attend the event, along with two ladies who had actually experienced life during the Second World War!


Here is a video for those who were unable to attend:

And the winners are ...
There were so many good projects to choose from but luckily we had the governors and the Deputy Mayor who were visiting help make the decision.  Congratulations to: 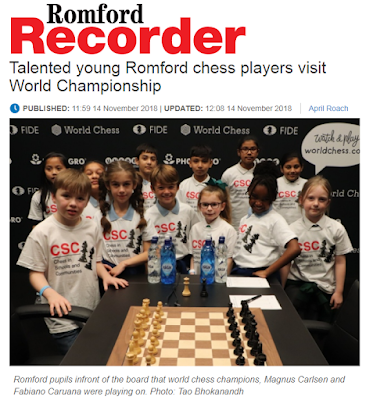 Click the image above to read the full article!
at November 14, 2018

This is the Powerpoint used at the Year 6 SATS meeting for parents.  If you would like a paper copy or need further information, please contact the school.
at November 07, 2018 No comments:

In the run up to Remembrance Day we have had some visitors in to school.

Year 4 had the British Legion come in to have a talk and interview.

Year 5 had Havering Museum come in to learn about our local links with World War I and some were given a chance to interview Mr Lynch afterwards.


Lower School and Upper School also had an assembly from SSAFA, the Armed Forces Charity to learn about how World War I impacted the technology we have now.


The children seem to have gained a much better understanding of World War One and it's impact on our lives today.  They are using this knowledge to help create project homework we have seen coming in and cannot wait to show it all off in our exhibition on Friday 9th November.  See you there!

History Off The Page