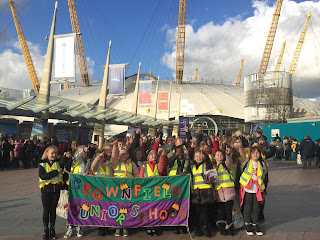 'I loved the O2, when we performed to the parents.  We had little lights which made the O2 look like there were stars.  We saw some famous singers which were amazing but the best part was that we got to sing with them!'
Toma, 5S 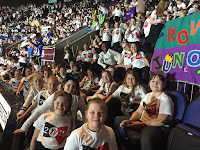 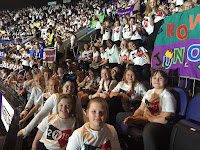 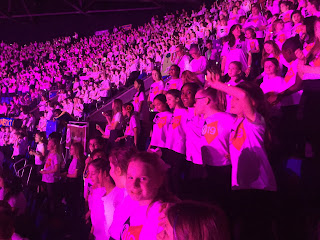 'The O2 was very fun.  We sang numerous songs and there was amazing special guests as well.  It's all thanks to our brilliant Mr Haise and fantastic Mrs Fitzmaurice.  Also thanks to Mrs Talbot and Mrs Goulding for helping out.
Evie H, 6H 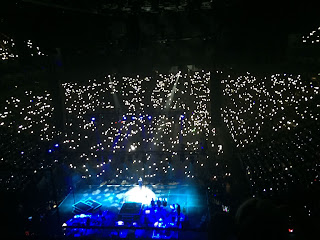 'The O2 was amazing there were also some famous people and our music teacher is the BEST!  My favourite part was performing to the parents.'
Tegan, 5S
at January 31, 2019

On 10th January, Mrs Smith, Mrs Gordon and Mr Terry took the Junior Librarians on a trip to The British Library in London.

They travelled by bus, train and tube to the Library at Kings Cross.  The children behaved impeccably, and were very interested in the things they saw, and they enjoyed hearing some fascinating facts about the kinds of things that are kept at The Library.

They took part in two workshops, one where they made their own books, and another, where they learnt all about the different ways we can research topics.

Cilay said ‘I love it here; I want to work here when I’m older’.

Mr Terry said, ‘This has inspired even me to read more!’

Hopefully, next year Mrs Smith will be able to make the trip again, with her next set of Junior  Librarians.
at January 11, 2019

History Off The Page